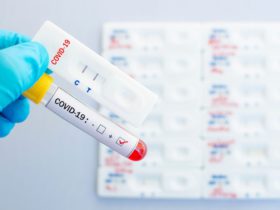 Gamechanger, Abbott to Launch 5-minute COVID-19 Test for Use Anywhere

A mum of two has found a mysterious note inside a liquor bottle from 135 years ago hidden underneath the floorboards in her home.

Eilidh Stimpson was left bewildered when her handyman excavated the Victorian-era artifact while working on the floorboards of her house.

She instantly took to Facebook to share the news about the discovery. The note was found in a whisky bottle during some plumbing work at her house.

It was meticulously planted and hidden perhaps to be found later (in this case 135 years!) The plumbers had to cut through the floorboard to move a radiator from the spot where the note was discovered later.

She told Edinburgh Live: “It’s pretty cool, and so lucky as well because we were meant to be moving a radiator from one side of the wall to the other. The plumber came and started cutting a hole and said it was going to be a bit of a nightmare as there was a floor on top of a floor.

“Then he came down the stairs going, ‘look at what I just found in the hole I just made!’. It was quite exciting.” The woman tried hard to pull the rolled note out of the bottle, but it just wouldn’t come out so they had to break the bottle.

“We were desperately trying to get the note out with tweezers and pliers, but it started to rip a little bit. We didn’t want to damage it further, so regrettably had to smash the bottle,” she added.

James Ritchie and John Grieve laid this floor, but they did not drink the whisky. October 6, 1887. Whoever finds this bottle may think our dust is blowing along the road.

‘Dust blowing along the road’ is an idiom for drunkenness. Similar to “Three sheets to the wind” (Unable to walk straight, drunk).

The picture of the bottle which was also shared on a local Facebook group by Stimpson. She now intends to leave a message for people who might come and stay at the house in the future.

“Now, I’m thinking we need to preserve the note and replace it with a message of our own for future generations to discover,” she added. 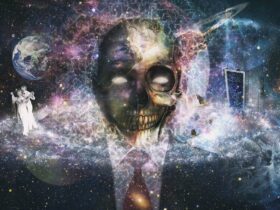 Kabaddi is the most interesting sport to bet on in India