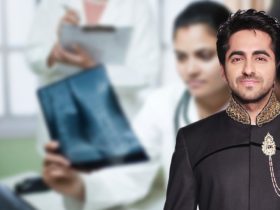 The Ministry of Health and Family Welfare and the WHO have initiated a systematic engagement of existing WHO’s national polio surveillance network and other field staff, for COVID-19 response, WHO said in a statement praising India’s step in this direction

WHO Director-General Tedros Adhanom Ghebreyesus on Wednesday applauded India’s collaboration with the World Health Organisation (WHO) in the systematic engagement of polio surveillance network across the country to fight against coronavirus.

In the tweet where Ghebreyesus hailed India’s step he added, “Great news: Ministry of Health and Family Welfare and World Health Organisation-South-East Asia initiated a systematic engagement of the WHO’s national polio surveillance network, and other field staff, for India’s COVID-19 response, tapping into the best practices and resources that helped India win its war against polio.”

The WHO chief also thanked India’s Health Minister Harsh Vardhan for his leadership and engagement with the UN body to fight the global crisis.

“My thanks to Minister @drharshvardhan for his leadership and collaboration with @WHO. Through these joint efforts, we can defeat the #coronavirus and save lives. Together! #COVID19,” he tweeted.

The Ministry of Health and Family Welfare and the WHO have initiated a systematic engagement of WHO’s national polio surveillance network and other field staff, for Covid-19 response, WHO said in a statement.

“Time and again, the Government of India and WHO together have shown our ability, competence, and prowess to the whole world. With our combined meticulous work, done with full sincerity and dedication, we were able to get rid of polio,” said Harsh Vardhan in the statement.

“Today, I would like to remind you of your potential and ability and the big things we can do together. All of you in the field – IDSP, state rapid response teams and WHO – are our ‘surveillance corona warriors’. With your joint efforts we can defeat the coronavirus and save lives,” he added.

The minister, along with Poonam Khetrapal Singh, Regional Director, WHO South-East Asia, was addressing WHO and other field staff, simultaneously connected from over 1,000 sites all over the country – from capital cities to the remotest corners.