In the epic Mahabharata, there is one character who fought along the righteous side, often ignored, not many know about the story of Yuyutsu, the brave Kaurava who fought alongside Pandavas.

Yuyutsu had a critical role to play in Mahabharata and is often compared to Vibhisina in Ramayana. He also has a very interesting story from his birth to when he died.

The story behind the birth of Yuyutsu

Dhritarashtra was married to Gandhari, the princess of Gandhara, while his brother, then king of Hastinapur, Pandu married Kunti and Madri.

Pandu had mistakenly killed Rishi Kindama and his wife, who had transformed themselves into a Male and Female deer.

The sage cursed him that he will die when he approaches his wife with lustful intent. Pandu left the kingdom as a penance. He, however, took both his wife along.

Pandu, meanwhile, appointed Dhritarashtra as the acting king. Gandhari, during her adolescence, had received a boon to have a hundred children, however, her pregnancy was taking a long time.

After the second year of her pregnancy, Gandhari aborted her developing fetus, giving birth to a hard mass that looked like an iron ball.

Vyasa came to the kingdom and using his knowledge, he asked to divide the mass into one hundred and one-pieces and put them into pots for incubation. After a year, 101 babies were born.

The boon finally fructified and the first Kaurava, Duryodhana, was born followed by his 99 brothers and one sister Dussala. Duryodhana’s first cries were accompanied by the howling of jungle beasts. The ill-omen had taken place.

This event was rightly recognized as a bad omen by Vidura, who advised Dhritarashtra to abandon this child but he did not. This decision eventually went on to shape the entire Mahabharata and the Kurukshetra war.

Between all this, Dhirtrashtra also bore a son from a maid of Gandhari when she was pregnant for more than a year and didn’t give birth to his heirs.

Yuyutsu was younger only to Yudhishthir and Bheem, but elder to the rest of the Pandavas and Kauravs. He was always neglected by Kauravs and Dhritrashtra because of being a Dasiputra (song of the maid).

While there was a handful of Kauravas who were aware of the evil brewing on their side; in the name of dharma, friendships, and favors, they didn’t act on their inner calling. Yuyutsu, however, was a little different.

Since Mahabharata was called the righteous war, both sides (Pandavas and Kauravas) were given absolute freedom to choose any side they wished. Yuyutsu could see Kauravas going down. He didn’t turn a blind eye towards the fraudulent and evil practices of Duryodhana. He, very smartly, did what had to be done.

You May Also Like: 25 Interesting Lesser Known Facts From The Mahabharata

He became for Pandavas what Vibhishana was for Rama, an internal informant

Yuyutsu’s role is comparatively unglorified compared to Vibhishana in Ramayana who became an informant with deep knowledge about the enemy camp.

Nevertheless, he provided Pandavas with some critical knowledge about Duryodhana’s cunning plots and malicious design that he could use against them. One notable such help was saving Bhima’s life.

Among many Duryodhana’s sinister plans included poisoning the water to kill Bhima –the plan that couldn’t work out, thanks because Yuyutsu could inform them in time.

Yuyutsu is said to possess the strength to fight 60,000 warriors together, he was one of the Atirathis (A warrior who is considered equal to 12 Rathis) among the Kauravas. But, he preferred to fight for the camp on the right side of Dharma (“right way of living” and “path of rightness”), took part in the Kurukshetra war from the Pandavas’ side.

His ideologies did bore fruit and eventually, he became the supervisor of Hastinapur

Years after the war and prior to the Yadava crisis, Yuyutsu found the city falling apart. The citizens would pick up fights with each other and live in depravity. When Yuyutsu yearned to know the cause, they would hurl abuses at him and call him a traitor and a kingslayer. But, when was the righteous path easy anyway?

At the start of Kali Yuga, when the Pandavas chose to retire and Krishna departed– Yudhishthira, the eldest Pandava and a former king of Indraprastha and later of Hastinapur, handed over the charge of supervising the kingdom of Hastinapur to Yuyutsu.

Parikshit, the grandson of Arjuna, on the other hand, was made the king.

Both Yuyutsu and Vikarna (another Kaurava) knew and were critical of Duryodhana’s evil schemings. However, what set them apart was Vikarna’s decision to stay loyal to his brother.

Whereas, Yuyutsu’s perception of dharma was to stay with the right, regardless of the adversities. Many also applaud Vikarna as he remained in the camp knowing the imminent defeat and death. He never abandoned his brother. The beauty of Mahabharata lies in the nuances of morality.

Bhima reminds him of the dice game, where Vikarna had criticized his brother. Vikarna replied.

That was my duty then, and this is my duty now. Fight me, o son of Vayu!

Although the circumstance of his death is not mentioned in the original epic Mahabharata, there are some clues in other legends.

After the war, Gandhari could not restrain herself and blamed Pandavas for killing innumerable people for the sake of the kingdom.

“There must be no residue of enemies”, said Krishna to Sahadeva, and he went to Yuyutsu and asked him to take off the cover from his stepmother’s eyes. As he did so, Gandhari’s fiery look reduced him to ashes instantly.

First Vidura and then Krishna admonished her for killing her only surviving son who Yudhisthira had protected and told her that if Yudhisthira perished, dharma would perish.

He asked her to cover her eyes again. A chastened Gandhari obeyed without a word.

Every mythology has an unsung hero who chose the difficult yet right path, they are also ridiculed as had happened with Yuyutsu, yet they do what they were meant to. Yuyutsu was just one of them. 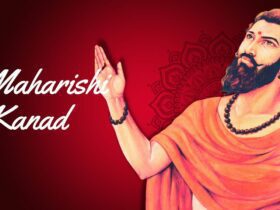 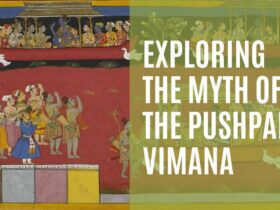