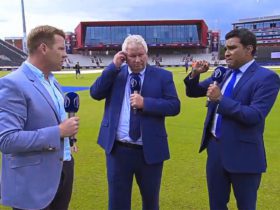 Amid the coronavirus outbreak, when the whole world is struggling to cope up with this global pandemic, when people have to stay back at their homes, the news from South Korea has emerged as a ray of hope to overcome the extraordinary situation.

South Korea becomes the first country in the world to hold parliamentary elections in the world, although with strict measures under adequate precautions.

Recently, the nation has gained huge appreciation from all over the world for its success in restraining the spread of the novel coronavirus to a large extent.

The holding of national elections was nonetheless a big unparalleled test against the COVID 19.  The vote for the 300 seats in the National Assembly is being carried out on 15th April. It has the potential to serve as a model for the governments of other nations and can lead to a sense of hope and relief among the general public.

How South Korea is managing to hold the elections during the COVID-19 outbreak?

Nonetheless, there are adequate precautions in place to hold the elections. Voters must come wearing masks and stand at least 1 meter apart.

They will have their temperature taken, disinfect their hands and wear plastic gloves. Only then will they be given their voting slip and be allowed to head into the booth to cast their ballot.

Anyone whose temperature was higher than 37.5 Celsius (99.5 Fahrenheit) is led to a special booth under complete protection.

The novel coronavirus has already led elections to be canceled in three countries. But this is not the first time that South Korea did something out of the box.

South Korea has an unrivaled history of conducting elections during times of hardship – elections were held during the Korean War, and recently voting was conducted during the H1N1 pandemic too.

In order to combat the risks, early voting was held on April 10-11 to reduce crowds on April 15. More than 11 million people, about 26% of the population, have cast their votes in advance.

Some by post, but most traveled to early polling stations which were set up around the country on Friday and Saturday. As many as 70,000 voters currently in mandatory self-quarantine could also make their way to the polls on April 15, when the government temporarily lifts their orders to stay inside.

The self-quarantined voters will have access to temporary polling booths at the stations after 6 p.m., once the polls have closed.

They must travel by foot or private car, leave their homes after 5’o clock and return by 7. They will be monitored by the country’s self-quarantine tracking app and then will be guided back to their homes.

The fear of infection doesn’t appear to be keeping people away. It’s been a record early turnout. It’s also the first time that 18-year-olds have been allowed to vote. We met a number of them at Seoul Station all excited to take part. The pandemic has not put them off.

To calm any worries South Korea reported only 27 new patients for the 24 hours of the previous day, on the day of its general elections Wednesday, recording a seventh consecutive day of infection numbers falling below 40.

About 550,000 staff are mobilized to prepare the polling booths and ensure smooth running on the election day. Till now they have been able to disinfect about 14,000 voting stations and marked lines to ensure social separation in voting queues.

While it required a bit more time and effort than your usual voting process, but most people seem happy to put up with the short delay for the sake of democracy.

The virus has had an impact on campaigning. During normal times in South Korea, elections can often be loud and boisterous affairs. Vehicles with loudspeakers blasting outside your window. Politicians and their staff shouting from every corner.

But this year, masked encounters from a distance have replaced mass rallies and there are fist and elbow bumps instead of handshakes.

At one point during a briefing, Dr. Jung from the Korean Centre for Disease Control urged politicians to simply “smile with their eyes”.

It hasn’t stopped some from getting creative. The North Korean defector Thae Yong-ho who is running for office for the first time in South Korea decided to make his own rap video. “Drop the beat” are his opening words.

The virus has also changed the overall content of the campaigns. Most political discussions are dominated by handling the aftereffects of the pandemic and economic recovery.

Final election results are expected on Thursday afternoon, with ballots for proportional representation being counted by hand.

Due to the introduction of proportional representation parties in this year’s elections, the ballot for parties measures over 48 centimeters, making it impossible to be counted by machine.