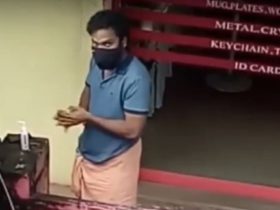 Hilarious: Man Returns Sanitizer After He Realizes He’s Been Caught On Camera

The hospital where the therapy was used is Max Healthcare, Saket in Delhi. It has used plasma therapy on two members of the same family, who have been critically ill and undergoing treatment in the ICU.

It is worth noting that the hospital is still awaiting approval from ICMR to use the therapy which has had some success outside the country in treating COVID-19 patients.

For plasma treatment, approval needs to be given as a clinical trial. At present, both ICMR and DCGI have worked out protocols and advertised for hospitals to submit proposals for conducting trials.

As per Dr. Sandeep Buddhiraja, group medical director, although they were awaiting approval, the family members of the two critically ill patients requested that the experimental therapy be used on the patients.,”

In such circumstances, there is a provision for “Off Label Use” in the case of critically ill patients for an already approved drug to be used for a new purpose.

For these cases involving critically ill patients and where the family consents to the experimental treatment, the hospital needs to seek approval from its ethics committee and a written undertaking from the patient’s family allowing the healthcare facility to use the drug or therapy.

What is convalescent plasma therapy?

The concept of this therapy dates back more than a century, when similar treatments were used during the Spanish flu pandemic of 1918, a diphtheria outbreak in the 1920s, a flesh-eating bacteria epidemic in the 1930s, and during other outbreaks of infectious diseases.

It was undertaken most recently for Ebola. The effectiveness of the therapy has varied for each outbreak. However, the therapy is seen as an effective approach to mitigate endemic disease until an effective vaccination is developed.

The idea behind this therapy is that immunity can be given from a healthy person to a sick using convalescent plasma. In this therapy, blood is extracted from a person who has recovered from the disease and the serum is isolated and screened for virus-neutralizing antibodies.

When attacked by a pathogen, our immune systems produce antibodies and in this therapy, these antibodies from recovered patients are used to treat other sick people.

At the moment data about convalescent therapy specifically for COVID-19 is limited. Based on the Chinese research report on five critically ill patients, all on mechanical ventilation, treated with convalescent plasma after they had received antiviral and anti-inflammatory medicines.

Three out of the five could leave the hospital after 51-55 days, and two were in stable condition in the hospital 37 days after the transfusion.

In another study of 10 severely ill patients, symptoms went away or improved in all 10 within 1 to 3 days after the transfusion. Two of the three on ventilators were weaned off and put on oxygen instead. None died.

Chinese researchers also reported three cases of patients with COVID-19 given the convalescent therapy who had a satisfactory recovery.

Kerala is all set to become the first state in the country to commence the therapy to treat that critically-ill on a trial basis.

The ICMR (Indian Council of Medical Research) is learned to have given its nod to the state government for the first project, initiated by the prestigious Sree Chitra Tirunal Institute for Medical Sciences and Technology (SCTIMST).