History is not just about correctly documenting our past but also learning from them. The last major pandemic that spread rapidly in India was in 1918 and the results were not very good. India was the worst affected country in the world with around 6% case fatality ratio, while the overall case fatality ratio of the disease was only 2% for the world. An estimated 10-20 million Indians died (one-fifth of the global death toll in a single country, making India the worst-hit country).

1918 Spanish flu experience for India matters because it showed us what happens when an unprepared country with a high density of population faces a virulent pandemic. With novel coronavirus (Covid-19), so many things are different, from the type of the virus to our understanding of the disease. However, one thing remains the same it’s a pandemic of a highly contagious virus, and it must be taken seriously.

The spread of Spanish Flu in India

A novel flu virus had managed to sneak into Bombay (Mumbai) the financial hub of India, most likely through the city’s docks, where returning Indian soldiers from first world war arrived. Within a span of just three weeks, by mid-July 1918, news began pouring in about the spread of a mystery illness—to Madras (Chennai) and Allahabad.

By October, just three months after the first cases began showing up in Bombay, the fragile healthcare system of the country almost collapsed. Newspapers were calling for the public to “organize self-help”. The deaths were being attributed to “a mystery respiratory disease”.

By September 1918, all it took was a few months for the disaster to show its true colors. The Ghats along the River Ganga ran out of wood as the bodies piled up, bodies were seen floating over the holy river Ganga. During the times a renowned Hindi poet Suryakant Tripathi Nirala narrated a visual account of death and destruction, which is available in his collected works. Even the most well-known citizens in India Mahatma Gandhi to writer Munshi Premchand are suspected to have fallen sick before recovering.

The devastating impact on Indian Economy

In the last 120 years of recorded economic history in India, 1918 was the worst. The economy contracted by over 10% as the gross domestic product (GDP) was the lowest at (-10.5%). While inflation was near all-time highs, a double shock much worse than any other tragedy that has hit India, which includes world war I and the infamous Bengal famine.

Typically, when GDP slumps, prices also fall. But nobody was going to work in 1918 (because of the virus) and there was a supply-side shock. It was a truly unique year in India’s macroeconomic history.

The decision to impose 21 days lockdown at the time of writing this article announced by PM Modi could have some considerations of what happened in the past.

Whether we will face such a predicament in the current covid-19 pandemic will depend heavily on the effectiveness of India’s lockdown measures.

If 1918 is the worst-case scenario, how should India prepare for a pandemic at its doorstep? For that, we have to first understand the severity of what happened more than a hundred years ago.

In 1951, Johan Hultin, a 25-year-old microbiologist and Ph.D. student from the University of Iowa, US, set out on a unique mission. His destination was a graveyard frozen in permafrost nestled inside an ocean-side village in Alaska. Hultin was looking for traces of a virus, frozen in time, within the tissues of those buried during the deadliest pandemics of the 20th century.

A full reconstruction of the virus in 2005 showed that no other influenza virus was as dangerous and virulent as the one that surfaced in 1918.

Globally, the influenza pandemic of 1918 killed more people in a year than what the Black Death of the Middle Ages (bubonic plague) killed in a century. It killed more people in 24 weeks than AIDS killed in 24 years, wrote John M. Barry, historian, and author, in his book The Great Influenza: The Story of the Deadliest Pandemic in History.

The disease initially spread by exploiting the crowded conditions of an era in which trench warfare was the norm. The infections were noticed across military camps but countries in the midst of World War I—Britain, Germany, France, and the US—kept it a secret in the beginning, in a bid to keep the morale of the forces high.

Spain, which was not a party in the war, reported the outbreak of the disease accurately. So when the disease became a pandemic it seemed to have emerged in Spain, and hence dubbed “Spanish Flu”.

Caused by an H1N1 virus of avian origin, the disease is estimated to have infected about a third of the global population and caused at least 50 million deaths worldwide, with nearly half of the victims being men and women in their 20s and 30s.

The deaths were often violent, the infected coughed up blood, they bled from their ears and noses and had extremely painful body aches. The pandemic took shape in two phases—a milder form in early 1918 when the virus affected the sick and the elderly, while the healthier recovered swiftly. The second wave beginning August was deadly—ravaging the stronger immune system of younger adults.

According to the Centers for Disease Control and Prevention (CDC), the health protection agency of the US, the properties that made the 1918 virus so devastating were not well understood when it struck.

And, according to CDC, the 1918 virus was special: “A uniquely deadly product of nature, evolution and the intermingling of people and animals. It would serve as a portent of nature’s ability to produce future pandemics of varying public health concern and origin.”

Since there were no vaccines to protect against influenza infections and no antibiotics to treat secondary infections, control efforts in 1918 were limited to isolation, quarantine, personal hygiene and limiting public gatherings—steps which are being followed now for the Covid-19 pandemic.

Not many people in India know this fact but for India’s independence leaders like Mahatma Gandhi, the epidemic was evidence of God’s punishment of Western civilization for its colonialism.

Gandhi’s interpretation of natural catastrophes as God’s will was vehemently criticized, even by some of his own followers. Perhaps even Gandhi could not understand what a pandemic is capable of doing to our civilization.

The coming impact is going to be huge. This is no longer a question of if, but when. Even if this (Covid-19) doesn’t turn out to be the deadliest flu, the economic impact is going to big. We may be fast-moving towards a point where there are no flights operating anywhere in the world.” Preliminary estimates put losses in the aviation sector at $113 billion.

Strangely, Covid-19 may thus end up pushing the world closer to how it looked in 1918 by shutting down air travel. And that is the key difference on the negative side between now and a century ago: connectivity and ease of travel. It was a key metric that went into the World Health Organization’s (WHO’s) decision to declare a pandemic.

Focused testing to widespread testing will be the key

India during the start of the pandemic chose the strategy of focused testing where it tested those who were suspected to arrive from infected countries and showed symptoms. While it also tested random samples of population from government hospitals to check for community spread it was criticized for low testing numbers, among the lowers tests per million among major countries.

India will have to change its strategy to the recommended one by WHO, where it insisted on testing more and more patients. Test, treat and track is what has shown to work for countries like South Korea and China, who have shown to control the epidemic in their respective countries.

Prepare for the inevitable

But what the 1918 pandemic shows India is that it needs to prepare for more hospital admissions. With a population density of over 400 people per square km of land, India is a lot more vulnerable than Italy or Spain which are already ravaged by the virus.

India can’t rely on an unproven hypothesis like the weather will take care of it. If that were the case, the virus wouldn’t have spread to tropical places like Singapore and the Philippines. Even if it does subside, the Spanish flu has shown us that it can come back even stronger when the weather gets colder.

In the next few weeks, to avoid a repeat of 1918, the key parameter beyond containment would be extensive testing of all those who exhibit cold-like symptoms, especially after the migrant worker crisis where migrant workers from major Indian cities have traveled to their hometowns across the country.

The key will be to identify cases as quickly as possible. In a pandemic, silence is always a sign of an impending storm.

Ultimately, irrespective of how the next few weeks play out, Covid-19 may change the world in profound ways, much like the 1918 influenza pandemic.

A century ago, population profiles got profoundly altered (the decade between 1911 and 1921 was the only census period in which India’s population fell). The devastation of the pandemic also, in no small part, fuelled the Indian independence movement.

In 2020, the changes may be more economic and social, if not political. The world view on vaccines and the investments that go into it, for example, may change immediately.

Only for the last 100-or-so years, population growth above 1% a year has been common. We are fortunately living at a unique moment in time. But now, communicable diseases have made a serious comeback. They are leaving impacts that serious wars used to earlier. The world now getting aware that it was not the weapon but the hospitals that they needed after all. 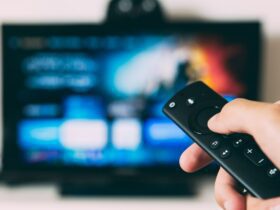