Interesting facts about Makar Sankranti, Lohri, Pongal, and Bihu that you did not know! 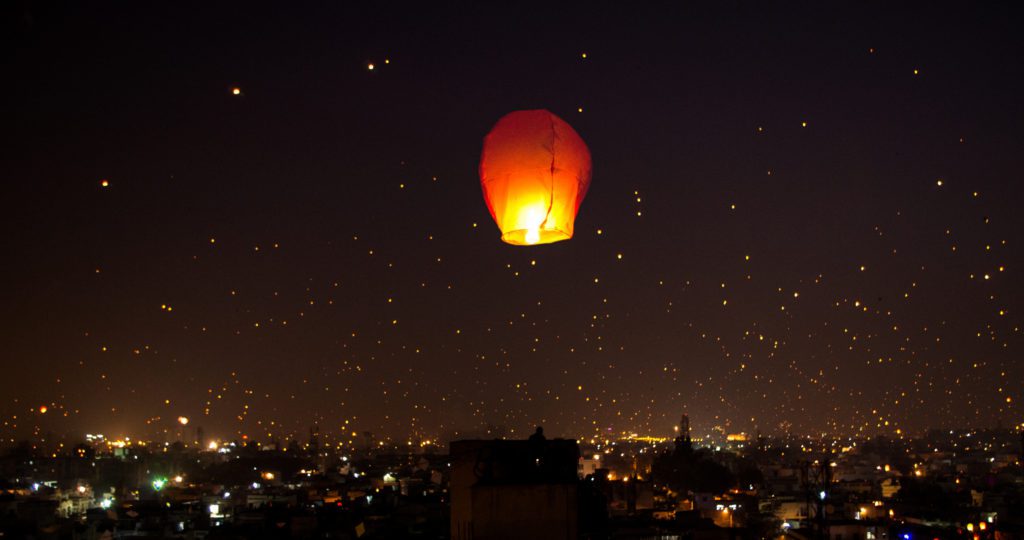 Makar Sankranti refers both to a specific solar day in the Hindu calendar and a Hindu festival in reference to deity Surya (sun) that is observed in the middle 0f January every year. It marks the first day of the sun’s transit into the Makara (Capricorn) in accordance with the nirayan count of the year, marking the end of the month with the winter solstice and the start of longer days.

The festivities associated with Makar Sankranti are known by various names such as Lohri by north Indian Hindus and Sikhs, Sukarat in central India, Bhogali Bihu by the Assamese Hindus, and Pongal by Tamil and other south Indian Hindus.

Makar Sankranti is observed with social festivities such as colorful decorations, rural children going house to house, singing and asking for treats including money and meal, dances, kite flying, bonfires, and special indigenous feasts depending on the various cultures across India.

The Magha Mela is mentioned in the Hindu epic, the Mahabharata, thus placing this festival to be around 2,000 years old by collecting evidence and even 7000 years if derived by various dates given for Mahabharata. Many go to sacred rivers or lakes and bathe with thanksgiving to the sun.

1. One of the rare Hindu Festivals based on solar cycles

Makar Sankranti is one of the very few ancient Hindu festivals that has been observed according to solar cycles also called Nirayan, while most festivals in Hindu tradition are set by the lunar cycle of the lunisolar Hindu calendar.

The other festivals being Vaisakhi and Pongal which are also celebrated on solar cycles.

Not many people are aware that Makar Sankranti almost always falls on the same Gregorian date every year (January 14), except in rare years when the date shifts by a day for that year, because of the complexity of earth-sun relative movement.

There are two different systems to calculate the Makara Sankranti date: Nirayana (without adjusting for the precession of equinoxes, sidereal) and Sayana (with adjustment, tropical). The January 14 date is based on the Nirayana system, while the Sayana system typically computes to about December 23, per most Siddhanta texts for Hindu calendars.

Lohri, Pongal, and Bihu will continue to be celebrated on January 13 and 14 because they are held according to date, and not as per the transition of change in the Hindu calendar.

4. Rotation of earth impacts the date on which Makar Sankranti is celebrated

This change is due to the fact that While the exact day on which the winter or summer solstice occurs remains steady (within one-day error), there is a slight change in the way the Earth’s rotation axis is aligned to the sun.

5. Uttarayan and Makar Sankranti used to coincide during the Aryabhata period (1500 Year ago)

The sun begins its Uttarayan on December 21, it is not in the Makara Rashi as it was about 1,500 years ago. This is one of the most interesting facts about Makar Sankranti that you may not be aware about

6. End of the inauspicious month in Hindu Calendar

Makar Sankranti marks the end of Malmaas, an inauspicious month in the Hindu (Panchang) calendar, and the transition of the Sun to the zodiacal sign of Makar (Capricorn) to herald a change in season.

It is celebrated in the north as Lohri, in Assam as Bhogali Bihu and in the south as Pongal.

Makar Sankrati’s special significance is the Sun rays coming from the direction of North which is supposed to be the abode of gods. Hence, from this day, good forces are on the rise and the power of evil forces that reside in the direction of South diminishes.

Every twelve years, the Hindus observe Makar Sankranti with one of the world’s largest mass pilgrimages, with an estimated 40 to 100 million people attending the event which each time sets a record for largest human religious gathering.

At this event, they say a prayer to the sun and bathe at the Prayaga confluence of the River Ganga and River Yamuna at the Kumbh Mela, a tradition attributed to Adi Shankara.

9. The interesting ritual of kite flying

There is a very interesting reason behind the kite-flying. Kite-flying in the olden days was generally done in the early hours of the morning when the sun’s rays were bright but not too harsh. Also, during kite-flying, the human body was exposed to the sun for long hours.

The early morning sun is considered beneficial for the skin and body. Since winter is also the time of a lot of infections and sickness, by basking in the sun, Hindus believed that the bad bacteria on their bodies would be cleared to a certain extent.

Creating a fun way of sun-basking where no one would even realize they were reaping benefits was through kite flying. Cool, right?

Makar Sankranti is the festival of Til-Gul where sesame and jaggery laddoos or chikkis are distributed among all. They are generally accompanied by the saying, “Til-gul ghya ani gud gud bola”, which translates to ‘eat these sesame seeds and jaggery and speak sweet words’.

The festival is one of bonding where every member of society is asked to bury the hatchet with enemies and foes and live in peace. Also, it is a superstition that during the festival, the Sun God forgets his anger on his son Shani and visits him. Thus, by distributing sweets, everyone is asked to spread joy around.

Since the festival falls in winter, eating sesame and jaggery is considered beneficial to health as they are warm foods. Thus, it is specifically this sweet that’s distributed as it signifies bonding and good health.