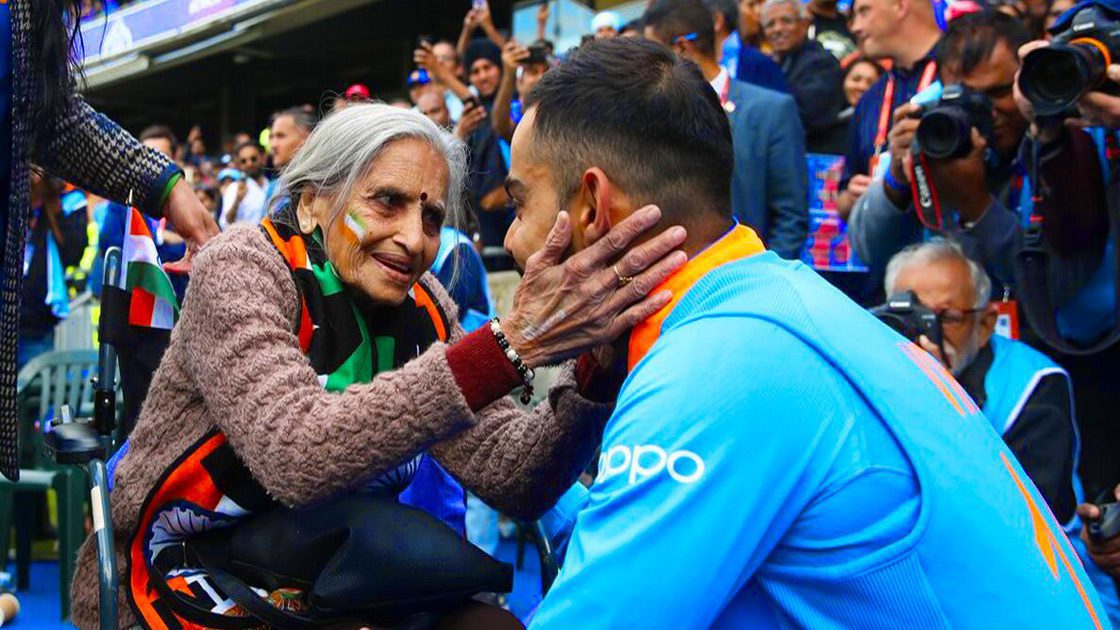 This 87 Years Old Indian Cricket Fan is Breaking the Internet

Chanting of ‘Pakistan Zindabad’ proved costly for a woman when the state pressed sedition charges against her and she has been sent to a 14 days judicial custody. The sedition case was filed against the woman in Bengaluru after she shouted “Pakistan Zindabad (long live Pakistan)” at a protest against the Citizenship (Amendment) Act, also called CAA.

The lady named, Amulya Leona tried to speak more on the stage with a mic in hand but was stopped and dragged away from the stage by police before she could.

She had earlier posted, long live all countries on Facebook

In a Facebook post last week, Amulya, in her twenties, had written: “Whatever country may be – long live for all the countries!”

In Kannada, she wrote that just saying zindabad to another country would not mean she was there. “I am an Indian citizen according to law. It is my duty to respect my country and work for the people here. I will do it,” she posted.

The event unfolded and captured in the video from the protest called “Save the Constitution” organized in Bengaluru last evening. Also present was MP Asaduddin Owaisi and is seen trying to stop the women from speaking.

Amulya is seen shouting “Pakistan Zindabad “. Asaduddin Owaisi, the chief of the All India Majlis-e-Ittehadul Muslimeen (AIMIM), and two other men rush to stop her; they try to take away the microphone from her.

Asaduddin Owaisi distances himself for the lady

Mr. Owaisi later said: “We, in no way, support our enemy nation Pakistan. Amulya, arrested soon after the event, has been charged with sedition. “We have filed a suo moto case against her under sections 124A(sedition), 153A and B (promoting enmity between different groups) and imputations, assertions prejudicial to national integration),” senior police officer B Ramesh said.

She was denied bail and sent to judicial custody for 14 days. A local court will hear her bail petition on Monday.

Attacking the AIMIM and Mr. Owaisi, the Karnataka unit of BJP tweeted

“‘ Anti-CAA Activist Amulya Leona shouts PAKISTAN ZINDABAD in the presence of AIMIM Chief @asadowaisi at Bengaluru. Truth is that protests against #CAA are a joint venture between Pakistan & Anti-National Forces led by @INCIndia. Those who support Pakistan should go there forever. “

Mr. Owaisi said his party has no links with the woman. “Neither me nor my party has any link with her. The organizers should not have invited her here. If I knew this, I would not have come here. We are for India and we, in no way, support our enemy nation Pakistan.

Our entire drive (against CAA) is to save India,” the AIMIM MP was quoted as saying by news agency PTI. Later he spoke about the incident and claimed misuse of protest platform.

Speaking to India Today TV, her father, also a local JDS Hobli level president, said what his daughter did at the anti-CAA rally in Bengaluru was absolutely wrong. She was joined by some Muslims and wasn’t listening to me!”.

A separate case has also been filed against several men, linked to a right-wing group, who threw stones at her home in Chikmagalur, about 240 km from Bengaluru, last night after the protest.

Karnataka Chief Minister BS Yediyurappa this morning said Amulya has links with Maoists. “Her own father has said – ‘break her arms and legs. she should not get bail. I will not protect her’,” the BJP leader said.

“Secondly, and very importantly, the groups behind these people, the ones who are growing people like Amulya…. action has to be taken against them and they should be investigated properly. It will then be known who is giving her support.

There is proof that she has connections with Naxals. She should be punished and action must be taken against those organizations,” he told reporters.

The last two months have seen, massive protests have been held in Karnataka and the rest of the states across the country against the citizenship law.

Critics of the law say the law makes religion a test of Indian citizenship for the first time in violation of the constitution and, when used along with the planned National Register of Citizens, can be used to target Muslims who cannot prove their lineage.