The winner of the FIFA World Cup 2022, Argentina National Team is known for its iconic blue and white striped kit, a look that has become synonymous with the South American soccer powerhouse.

But the origins of these colors go back much further than the team’s founding in 1902.

The story of why Argentina wears a pale blue and white football kit is a long and fascinating one, it involved the Byzantine Empire, Renaissance painters, Napoleon, and a revolution.

It all starts with the Byzantine Empire, where the color blue was associated with the nobility and the ruling class.

According to some legends, it is believed that the colors were inspired by the natural beauty of Argentina, which is known for its stunning landscapes and diverse flora and fauna.

Blue, the color of nobility

The Byzantine Empire was the eastern half of the Roman Empire that continued on after the western half fell.

In the Byzantine Empire, blue was considered the color of nobility and was associated with the emperor and empress. It was a costly color, and its use conveyed social prestige and signified majesty.

The empire embraced Christianity and with the rise of the worship of St Mary, artists decided to portray her wearing blue robes.

She was an important and revered figure. What better way to elevate her? Byzantine mosaics from the 5th century onwards used something called Azurite for their robes. Azurite is a soft, deep-blue copper mineral produced by weathering of copper ore deposits.

The use of blue for Mary’s clothes soon became a central part of artistic and religious tradition.

In the Renaissance artists would use Lapis Lazuli – which came from mines in Afghanistan and was more expensive than gold – to create the paint for their robes.

This gemstone has been prized for its bright, blue color and used for inlay and intarsia as well as for pigments for cosmetics and paintings. Its contrast and eye appeal are irresistible.

Since Italian traders brought lapis lazuli from so far away, the pigment it created became known as “Ultramarinus”. In Latin, that means “from over the sea”. Ultramarine was a deep and brilliant shade of blue, prized for its beauty and rarity.

In the 18th century, Charles III was King of Spain. His son and heir, also called Charles, had been married for five years without producing any children of his own, the Spanish Empire ruled Argentina at this point in history.

When his son did finally have a child, King Charles III was delighted and he created something called the Order of Charles III in 1771 to mark the occasion, a sort of special society for prominent Spaniards.

As with every Order, it must have its colors for members to wear, Charles III had prayed to St Mary during those many years of waiting for his son to have a child.

So for the colors of his new Order Charles chose blue – Mary’s color – and combined it with white.

Here is Charles IV wearing the sash of his father’s Order. Seem familiar?

What can also be observed in the image is that King Charles IV that his father chose a blue shade significantly paler than the earlier depiction of Mary.

Here’s a painting of Mary from 1767 by Giovanni Battista Tiepolo – look at the light blue of its robes. This painting was commissioned by Charles III

By the year 1808, Napoleon had burst onto the scene and started tearing his way through Europe. He forced King Ferdinand VII (Charles III’s grandson) to abdicate. Napoleon then placed his brother, Joseph Bonaparte, on the Spanish throne instead.

This sparked revolts, not just in Spain, but in Argentina too. These colors were later adopted by Argentinian rebels during the War of Independence as a way to show their allegiance to the true monarchy of Spain and distinguish themselves from Bonapartist fighters.

Just two years later, in 1810, the Argentinian War of Independence broke out. In 1812, Manuel Belgrano, the leader of the rebellion, created the Cockade of Argentina, a symbol used by revolutionary forces, and used the same pale blue and white colors of the Order of Charles III.

He also designed the flag of Argentina, which was officially adopted in 1816, with the sun being added in 1818.

Belgrano is said to have been inspired by the colors of the sky and clouds, and it’s possible that the natural beauty of Argentina also played a role in his design.

The arrival of football in the country

Football, or soccer as it is known in the United States, arrived in Argentina in the 1880s via British rail workers.

The sport quickly gained popularity in the country, and by 1891, Argentina had its first league, which is now the fifth oldest in the world. In 1893, the Argentine Football

Association was founded, and the national team made its debut in 1902 wearing a pale blue shirt.

However, Six years later, in 1908, the team played an all-star team from the Brazilian league in a kit of white and pale blue stripes. These colors were eventually adopted as the official colors of the national team and remain so to this day, more than 114 years later.

The blue and white stripes of the Argentina national team’s kit are more than just a simple design choice – they represent the rich history and cultural influences that have shaped the country and its national sport.

The colors are a tribute to the Byzantine Empire and the Renaissance, a symbol of loyalty to the true monarchy of Spain, and a reflection of the natural beauty of Argentina.

Whether on the pitch or in the stands, the Argentina kit is a symbol of national pride and a reminder of the long and storied history of Argentine football. 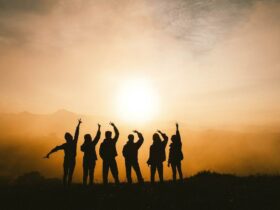 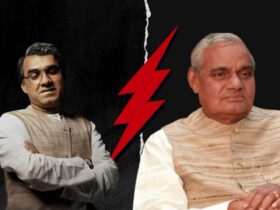