Lord Ganesha is a very popular deity for Hindus. One of the reasons that Lord Ganesha finds mention so often in any Hindu ritual is due to a well-known tradition. The tradition holds that every ritual, puja or ceremony must begin with the worship of Lord Ganesha. But Why is Lord Ganesha Worshiped first in Hindu or a rather Indian tradition? 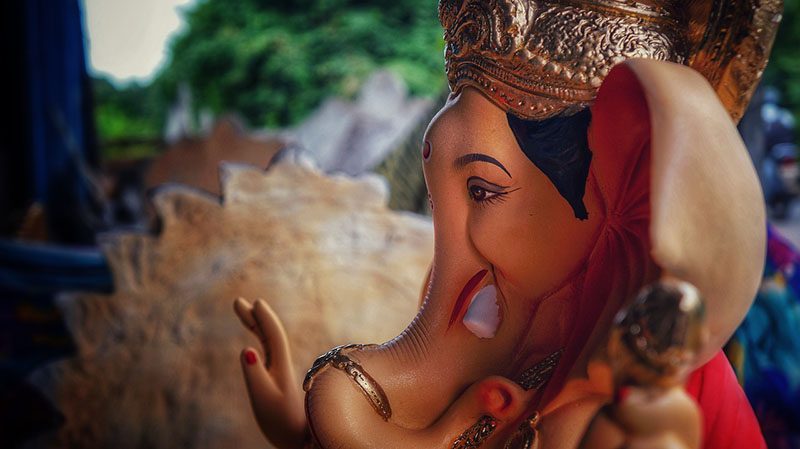 Lord Ganesha who is Lord Shiva and Goddess Parvati’s son,  is represented by his elephant head, big belly, his mount, and a small mouse. He symbolizes wisdom and knowledge. Also, he is the destroyer of all obstacles for the devotees. Ganesha’s elephant head is the symbol of wisdom, and His long ears signify he listens to all prayers of those who seek his blessings.

For Indians, any important task begins with his worship. He is synonymous with starting of any new significant work.

WHY DO WE WORSHIP LORD GANESHA FIRST BEFORE ANY RITUAL

There are multiple reasons that Lord Ganesha is worshipped. One of the most well know reasons is a mythological story.

Goddess Parvati who is the wife of Lord Shiva and mother of Lord Ganesha was once taking a bath and she directed child Ganesha to guard the gates and not to let anybody enter no matter what. As Ganesha stood on guard, Lord Shiva came and headed towards his room. Following his mother instructions is tries to prevent Lord Shiva from entering the house.

Lord Shiva becomes furious and he cuts off Ganesha’s head. Hearing Ganesha’s scream, Goddess Parvati came running and on seeing Ganesha’s plight she became furious. She vows to destroy the world if Her son was not brought back to life.

Then Lord Shiva replaced Ganesha’s head with that of an elephant and brings him back to life. Parvati was still not happy by seeing the face of an elephant on his body. Therefore, Lord Shiva gives him a blessing that no puja or good work will ever be deemed complete without invoking Lord Ganesha’s name and blessings.

Hence, Lord Ganesha became the ‘Pratham Pujya’ or the one who is worshiped first.

Indian tradition is full of symbolic representation of important aspects of life. The Hindu or Indian Mythology should be seen as a context of understanding life, consciousness and reality. 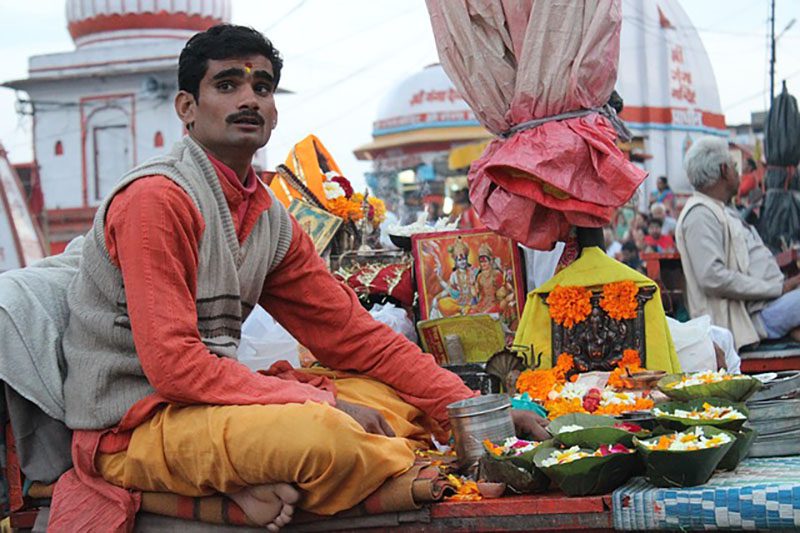 There is one more mythological context about Ganesha being worshipped first. Once Ganesha’s elder brother Kartikeya declared that He was the best among all Gods. So, Lord Shiva suggested that He and Ganesha would contest a race by circling the universe. The one who returns first will be declared the winner and will be worshiped first. So, Kartikeya happily set out on His peacock to circle the universe. Lord Ganesha being the intelligent one, circled around His parents because for Him his parents were the Universe. So, Ganesha was declared the winner and hence Lord Ganesha is worshiped first. 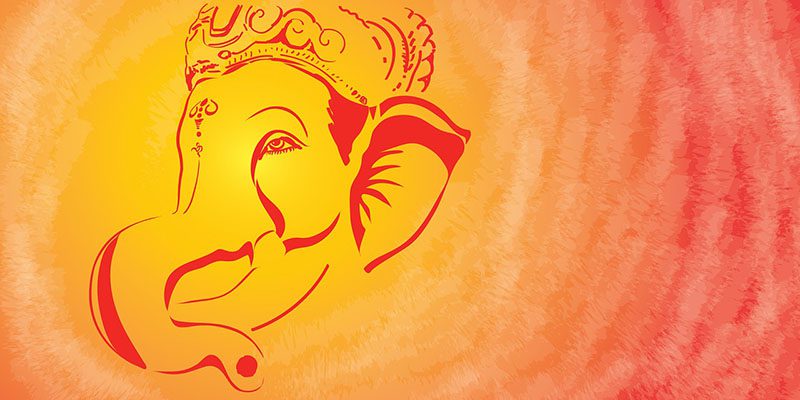 Based on Yogic perspective, anything we do has to fall under one of the two categories: material or spiritual. It is believed that Lord Ganesha rules the ‘muladhara chakra’ of our body. ‘Muladhara’ is the interface between the material and the spiritual worlds. Lord Ganesha is said to control both these worlds. He is the one who gives the material enjoyments in this world and He is the one who liberates us from the endless cycle of birth and death.

According to the yogic principles, our material life as well as our spiritual journey starts from the ‘Muladhara’ chakra which is controlled by Lord Ganesha. Hence, to complete our life cycle without any obstacles, we need the blessings of Lord Ganesha to start anything that is important to us.

Why is Lord Ganesha is worshipped first in all Indian traditions? No matter which of the reasons have had the most profound impact on the traditions, the beginning of an auspicious work with Ganesh Puja is a great experience to witness. There is certainly an aura of positive vibes that you get from it.

Posted by by Rajendra Kumar 18 hours Ago