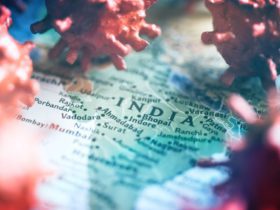 Coronavirus: Things India Has Got Wrong – And Got Right

Indian crew members of a Japanese cruise ship which was placed under quarantine on February 5 after several people on-board were diagnosed with novel coronavirus made a desperate appeal to Prime Minister Narendra Modi and the Indian government to rescue them in a video.

The luxury cruise ship, called Diamond Princess, was carrying 3,711 people when it arrived in Japan’s Yokohama last week. It has been quarantined there since after a passenger who de-boarded in Hong Kong in January was found to be carrying the virus.

Crew member Binay Kumar Sarkar is seen speaking in the video with other mask-borne staffers in the backdrop. He said that about 60 passengers and crew have been tested positive for the virus on the ship, imploring the Indian government and the United Nations to take note of the matter.

“Out of 3,700 people on-board, they have only checked 500 samples for coronavirus. No crew member has been tested yet,” Sarkar claimed, pointing to his fellow staffers.

He further requested the Indian Government and the UN to “segregate” those infected from those who are healthy.

“We are 160 Indian crew members and eight passengers. Please save us from this quagmire,” Sarkar pleaded. He added, “I request Prime Minister Narendra Modi to please save us and send us home safe and sound as promised.”

Around 60 people tested positive of the virus on Monday, taking the total number of those infected on the ship to 130. Authorities had initially tested nearly 300 people when the ship arrived at the Japanese coast.

Indian Embassy in Tokyo on Monday tweeted the information about the Indians on the ship.

“Many Indian crew & some Indian passengers are onboard the cruise ship Diamond Princess quarantined off Japan due to Coronavirus (nCoV),” it tweeted, without giving a specific number of Indians on the ship.

The Japanese health ministry said on Monday that around 600 people onboard urgently needed medication, and around half received supplies over the weekend.