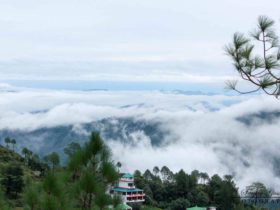 Lansdowne, Uttarakhand Travel Guide and All You Wanted To Know

Himachal Pradesh a destination for all travel enthusiasts. It has a wide range of places, towns, and valleys to explore. Lying in the lap of Himalayas, Himachal Pradesh offers some of the most amazing destinations you can visit in India if you like mountains and wood along with the chill of snow.  Kangra valley is one such destination in the Indian state of Himachal Pradesh. You can go through our Kangra Valley travel guide to know everything you wanted to know about visiting Kangra Valley

Kangra Valley is located in the western part of Himachal Pradesh and comfortably sits between the Shivalik foothills and the Dhauladhar Range, the Kangra Valley is a land of gentle beauty. Undulating expanses of tea gardens and terraced paddy fields are crisscrossed by sparkling snow-fed rivulets. Kangra is the most populated district of Himachal Pradesh and is well connected with the plains as it is situated along the border with Punjab.

Kangra valley derives its name from the ancient town of Kangra, even though Dharamsala is the present district headquarters. Not many people who visit the town are aware that history of the town goes back 3,500 years. It was called Nagarkot in ancient time and was the capital of the kingdom of Trigartha. Kangra and its fort was captured by Mughal Emperor Jahangir and was then converted into a Mughal province in 1620.

You can still see the fascinating yet ruins of the once formidable Kangra Fort, sitting on top of a steep cliff overlooking the Banganga and Majhi rivulets. Also within the fort compound, you can see two Hindu temples dedicated to Ambika Devi (a local Goddess) and Lakshmi Narayan, and a Jain temple with a stone image of Adinath.

Behind the crowded bazaar is the Brajeshwari Devi Temple, whose fabled riches were plundered by Mahmud of Ghazni in 1009. The present structure was built in 1920 after the terrible earthquake of 1905 destroyed the city and the original temple.

PLACES TO SEE IN AND NEAR KANGRA VALLEY

The temples are located at around 40 km (25 miles) southwest of Kangra town. There are the 15 monolithic rock-cut temples of Masroor, dating to the 10th century and carved in a style similar to those at Ellora

The Jwalamukhi Temple is situated approximately 35 km (22 miles) southwest of Kangra. It is one of North India’s most important pilgrimage sites. Further east of Kangra, the beauty of the tea garden country unfolds around and you will get to see some of the best tea gardens with a blanket of green all around.

Further east of Kangra, the beauty of the tea garden country unfolds around Palampur, 45 km (28 miles) away. East of Palampur, are
the 9th-century stone Baijnath Temple dedicated to Shiva, Bir with its Tibetan Buddhist monastery, and Billing, well-known as a take-off point for paragliding over the valley.

About 40 km (25 miles) southeast of Palampur, is the fortress of Sujanpur-Tira, located on the right bank of the Beas. Built by the Kangra kings in the early 18th century, it was the favored residence of Raja Sansar Chand, the renowned patron of Kangra miniature painting. The fortress also preserves some excellent wall paintings.

At the far end of the Kangra Valley is Jogindernagar, 55 km (34 miles) south of Palampur, the terminus of a narrow gauge railway line that winds up the valley from Pathankot in the west.

The Maharana Pratap Sagar Lake, created in 1979 by the construction of the Pong Dam across the Beas, lies to the southwest of Kangra district. This large wetland, spread over 45,000 ha (111,200 acres) when full, is a favored stopover for migratory birds from Central Asia.

The average minimum and maximum temperature of Kangra is as given below. The best time to visit Kangra is also specified.

BEST PLACES TO STAY IN KANGRA

Guesthouses located in the Kangra Valley give tourists a breathtaking view of the valley and the mountains beyond. However, these have to be booked well in advance. Many hotels provide extra facilities like Ayurveda massages, fitness centers, horse riding and swimming pools.

Modern life requirements like high-speed internet and television are found in most hotels. Some hotels have in-house stores that sell honey, rice, opium and other spices cultivated in Kangra.

Budget to mid-range hotels can be found here conveniently.

BEST PLACES TO EAT IN KANGRA

Rice, tea, potatoes, opium, spices, wool and honey are the chief exports of the region. The restaurants serve simple and well-prepared meals. 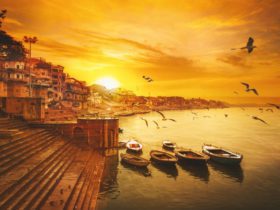 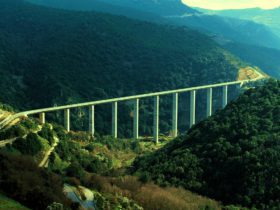 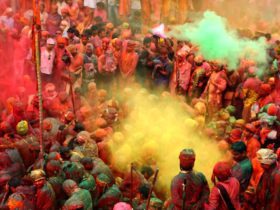