Hinduism is one of the most interesting religions. And one of the main reasons behind it is the fact that many aspects of the Hindu religion is still to be researched and unearthed. One prime example is ancient calculation of time in Hinduim. Just imagine an ancient measurement in Kala, which varies from microseconds to Trillions of years. Indian Yuga or The Hindu Epochs are fascinating concepts in Hindu Cosmology.

The Hindu texts describe that the time as cyclic in nature which repeat itself again and again with no beginning and end. This concept of eternal time is widespread in Hinduism and Indian Yuga System

Indian Yuga system as interesting take on time, space and recreation in Hinduism, unlike any other religion of the world. Hindu scriptures even talk about Multiverse, which is a serious theory that physicist across the world are trying to understand.

According to Hindu scriptures like Vedas and Puranas and various mythologies, the universe as we know it is destined to pass through four great epochs.

Each of these epoch follow a cycle of creation and destruction. This divine cycle completes its full-circle at the end of what is known as a Kalpa, or epoch.

Hindu mythology deals with numbers large enough to be nearly impossible to imagine. A Kalpa itself is said to be comprised of a thousand cycles of four yugas, or ages—each of a different quality.

About the Four Indian Yugas or Hindu Epochs 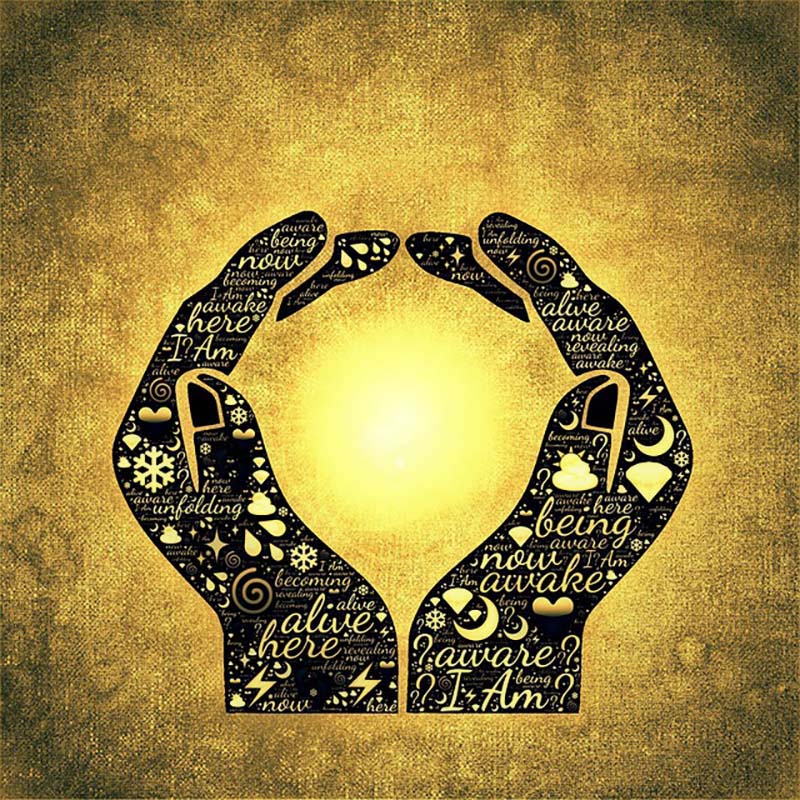 Based on the Puranic sources, Krishna’s departure marks the end of Dvapar Yuga and the start of Kali Yuga, some Hindu astrologer estimate it to be 17/18 February 3102 BCE.  However the exact dates are open to further debate and research. The four great epochs in Hinduism are:

During the Age of Truth or Satya Yuga, human beings were spiritually most advanced and had great psychic powers. However that Yuga has long past in the reality that we live in

Treta Yuga is said to last for 3000 divine years

In the Treta Yuga people still remained righteous and adhered to moral ways of life. Lord Rama of the fabled Ramayana lived in Treta Yuga.

Dwapara is said to last for 2000 divine years

In the Dwapara Yuga, men had lost all knowledge of the intelligence and bliss bodies. Lord Krishna is said to be born in Dwapara Yuga

The present Kali Yuga is considered the worst as per Hindu epochs. A divine year in Hinduism is equal to  432,000 years on earth. Based on Hindu scriptures we are currently living in the Kali Yuga and the other three Yugas have already passed.

It is quite hard to contemplate the meaning of the vast quantities of time expressed by the Hindu time scheme, so vast are the numbers. There are different theories about the symbolic meaning of these measurements of time. 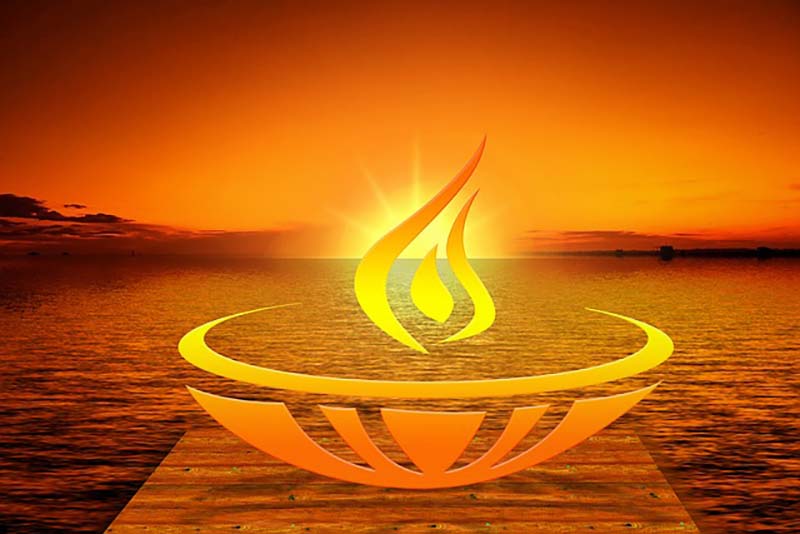 Metaphorically, the four Yuga ages may symbolize the four phases of involution during which man gradually lost the awareness of his inner selves and subtle bodies.

Hinduism believes that human beings have five kinds of bodies, known as annamayakosa, pranamayakosa, manomayakosa vignanamayakosa and anandamayakosa, which respectively mean the “gross body,” the “breath body,” the “psychic body,” the “intelligence body,” and the “bliss body.”

Another theory interprets these epochs of time to represent the degree of loss of righteousness in the world.

Dasavatara: The 10 Avatars and Hindu Epochs

The first four incarnations of Vishnu appeared in Satya or Kritha Yuga, the first of the four Yugas. The next three appeared in Treta Yuga, the eighth and ninth in Dwapara Yuga and the tenth will appear in Kali Yuga.

Vishnu is said to descend in form of an avatar to restore cosmic order. The word Dashavatara derives from daśa, meaning ‘ten’, and avatar (avatāra), roughly equivalent to ‘incarnation’.

Kali is the reigning lord of Kali Yuga and his nemesis is Kalki, the tenth and final reincarnation of Lord Vishnu. According to the Vishnu Purana, Kali is a negative manifestation working towards the cause of ‘the end’ or rather towards eventual recreation of the universe.

Kali also finds a mention in antagonistic force in the Kalki Purana. It is said that towards the end of Kali Yuga, Kalki will return riding on a white horse to do battle with Kali and his dark forces. The world will suffer a fiery catastrophic event that will destroy all evils, and a new age (the next Satya Yuga of the following Mahayuga), will begin

Which Yuga or Hindu Epoch Are We Presently Living In?

We are currently living in Kali Yuga. It is a world full of  imperfections, impurities and vices. The numbers of people possessing noble virtues are diminishing day by day. Floods and famine, war and crime, deceit, and duplicity characterize this age.

But, say the scriptures, it is only in this age of critical troubles that final emancipation is possible. 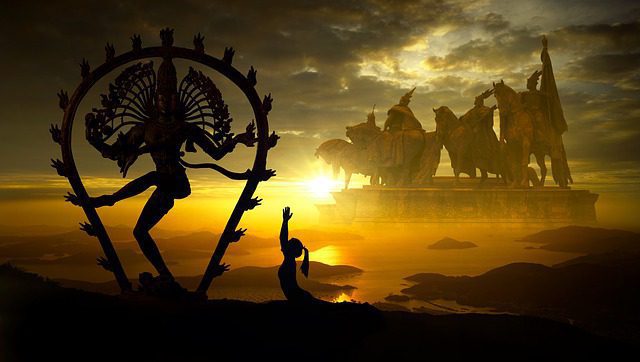 Due to our preoccupation with our physical bodies and our lower selves, and because of our emphasis on the pursuit of gross materialism, this age has been termed the Age of Darkness—an age when we have lost touch with our inner selves, an age of profound ignorance.

What Do The Indian Epics Ramayana and Mahabharata Say About Yuga System?

Both the two great epics—The Ramayana and Mahabharata—have spoken about the Kali Yuga.

In the Tulasi Ramayana, we find Kakbhushundi foretelling

In the Kali Yuga, the hotbed of sin, men and women are all steeped in unrighteousness and act contrary to the Vedas. Every virtue had been engulfed by the sins of Kali Yuga; all good books had disappeared; impostors had promulgated a number of creeds, which they had invented out of their own wit. The people had all fallen prey to delusion and all pious acts had been swallowed by greed.

The ordinances of the Vedas disappear gradually in every successive age, the duties in the Kali age are entirely of another kind. It seems, therefore, that duties have been laid down for the respective age according to the powers of human beings in the respective ages.

The sage Vyasa, later on, clarifies:

In the Kali Yuga, the duties of the respective order disappear and men become afflicted by inequity.

If we believe the Hindu cosmology and Hindu Epochs, it is predicted that at the end of the Kali Yuga, Lord Shiva will destroy the universe and the physical body will undergo a great transformation.

After the dissolution, Lord Brahma will recreate the universe, and mankind will become the Beings of Truth once again and start again with the Satya Yuga in the Hindu Epoch.