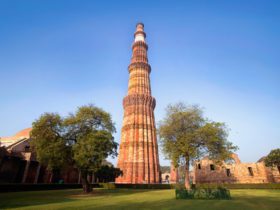 Indian republic day celebrates the day on which the constitution of India came into effect and India became a complete republic after 200 years of British rule.

The Constitution of India came into effect on 26 January 1950 at 10:18 am replacing the Government of India Act (1935) as the governing document of India.

The Constitution was adopted by the Indian Constituent Assembly on 26 November 1949, and came into effect on 26 January 1950 with a democratic government system, which completed the process of self rule and full independence.

26 January was chosen as the Republic day because it was on this day in 1930 when Declaration of Indian Independence (Purna Swaraj- complete independence) was proclaimed by the Indian National Congress as opposed to the Dominion status offered by British Regime.

The honourable guests for Indian Republic Day 2018 were:

1. Beating Retreat: We all know about Republic Day parade on 26th of January every year which showcases Indian culture, heritage, diversity and military prowess.Only a few know that there is a Beating Retreat ceremony which is held after officially denoting the end of Republic Day festivities. It is conducted on the evening of 29 January, the third day after the Republic Day. It is performed by the bands of the three wings of the military, the Indian Army, Indian Navy and Indian Air Force. The parade takes place from Rashtrapati Bhaven, adjacent square, Vijay Chowk, flanked by the North and South block of President’s Palace, towards the end of Rajpath.

2. Between 1950–1954, Republic Day celebrations were not organized at the current venue of Rajpath. It was organised at different venues (like Irwin Stadium, Kingsway, Red Fort and Ramlila Grounds). Republic day 2018 will be celebrated at Rajpath which started from 1955.

4. The lion head from Ashoka Pillar in Sarnath was formally adopted as the national emblem on the same day.

5. Interestingly a song completely unrelated to Indian republic, Christian hymn by Scottish Anglican Henry Francis Lyte, ‘Abide with Me’, is played at the end of the Republic Day Parade. The reason for this is that it was always a favourite song of the founding father or father of the nation Mahatma Gandhi. Just in case you are interested below is a couple of stanza from the song

Abide with me; fast falls the eventide;
The darkness deepens; Lord with me abide.
When other helpers fail and comforts flee,
Help of the helpless, O abide with me.

Swift to its close ebbs out life’s little day;
Earth’s joys grow dim; its glories pass away;
Change and decay in all around I see;
O Thou who changest not, abide with me.

6. India celebrates republic day after it got independence from British occupation, all was not sour though as the chief guest on republic day celebration, 1961 was Queen Elizabeth from Britain.

7. It was on 26th of January in 1965 that Hindi (हिंदी ) language was declared as the national language of India.

8. Republic day is a celebration of adoption of Indian constitution. India has the longest written Constitution in the world. It has 448 articles in 22 Parts, 12 Schedules and 97 Amendments.There are two hand-written copies of the Constitution — in Hindi and in English. The copies are kept in helium filled cases in the Parliament’s library.

9. On January 26, 2016, the Protocol Department of the Government of Maharashtra held its first parade along the entire stretch of Marine Drive in Mumbai, only of it kind for a state in India

10. On the first Republic day Around six minutes after the adoption of constitution at 10:18 AM, Dr. Rajendra Prasad was sworn in as the first President of India 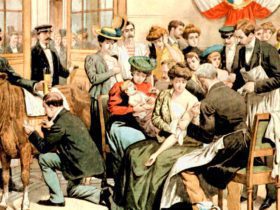 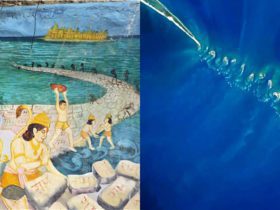