There have been many theories about the sudden Harappan Civilization End. So even going to the extent that it  was an ancient nuclear weapon that destroyed it.  However we now have evidence that Harappan civilization end did not suddenly happen. Rather, these cities were built gradually, sometimes rebuilt on older sites, and their disintegration too was gradual. 4

But why were these cities abandoned? This did not happen overnight, so it’s clear that it wasn’t because of ‘Aryan’ invasions as it had been told multiple times.

Harappan Civilization End, Was it the Nature after all?

The evidence points to the role of nature in the Harappan Civilization End. A number of studies have shown that the area which is today the Thar Desert was once far wetter, and that the climate slowly became drier.

It is possible that the process of drying had already begun during the Mature Harappan period (2600 BCE to 2000 BCE). Around 2200 BCE, the monsoons startss to get weaker and there were long and multiple droughts.

This was not unique to Harappan Civilization end but also affected Egypt and Turkey. Poor monsoons and droughts would creates an agricultural crisis for a heavily populated region but the Harappans face an even bigger problem—the drying up of the river system on which the civilization was based upon.

Ghaggar the river behind Harappan Civilization?

Most of the settlements of the civilization were around a river that we now know as the Ghaggar. It definitely is not the Indus as widely believed. The Ghaggar is now little more than a dry riverbed that contains water only after heavy rains.

However, surveys and satellite photographs confirm that it was once a great river. It rose in the Himalayas, entered the plains in Haryana, flowed through the Thar-Cholistan Desert of Rajasthan. It then flowed eastern Sindh and then reached the sea in the Rann of Kutch in Gujarat.

The Rann of Kuch Was Once An Estuary of Great River

The Rann of Kutch has a very strange marshy landscape. This is partly due to the fact that it was once the estuary of a great river. Much of it is now dry desert but satellite photographs show that there is still a substantial amount of underground water along the old channels. Wells, even drilled at shallow depths, give fresh water in the middle of the Thar Desert!

The Mighty Ancient River of Ghaggar

The Ghaggar emerges from hills just east of Chandigarh and connects to a number of other seasonal rivers in the plains of northern Haryana. The Ghaggar and some of these rivers were perennial in ancient times. That is, they always had water, no  matter what the season. Satellite images show that both the Sutlej and the Yamuna once flowed into the Ghaggar—this means that it would have been a truly mighty river!

How did the Mighty River Ghaggar dry out?

However, at some point, the Ghaggar seems to have lost its main sources of glacial melt from the Himalayas. The Sutlej and the Yamuna, its largest tributaries, abandoned it for the Indus and the Ganga respectively. Once again, this seems to have happened because of tectonic shifts. The Ghaggar no longer flowed to the sea. It may have struggled on with the help of seasonal tributaries but even these failed as the climate changed.

All of this would have taken place over decades or even centuries and different parts of the Harappan world would have experienced these changes differently. Cities on the banks of the Indus, for example, may have suffered floods as waters from the Sutlej suddenly entered their region. The Pakistan floods of 2010 provide a glimpse of what this might have felt like—especially if such an event had caused the mighty Indus to shift course.

What impact did the drying of the Ghaggar have on the Harappans?

The climate was wetter when the Ghaggar was in full flow in the early phase of the civilization. There is evidence to suggest that urban centers actually flourished when the Ghaggar began to dry up. Furthermore there is a dense concentration of Harappan sites in the Thar Desert around the time we think that the Ghaggar might have started to dry up. Maybe the drying weather briefly created conditions that allowed them to flourish.

However, around 2000 BCE, conditions worsened. The lack of water began to affect the Harappans. Their carefully managed cities began to fall apart and they began to migrate. Too little water or too much water still causes people to sometimes migrate from their place of origin. Imagine the long lines of bullock carts, heavily laden with personal belongings, people leaving their old villages and cities in search of a better future!

In the north, the Harappans moved north-east to the Yamuna and Ganga. In Gujarat, the cities in Kutch were abandoned in favour of new settlements in the Narmada and Tapti valleys to the south. The later Harappan sites did have cultural connections with the old ones but they remained small settlements. The old urban sophistication had broken down. 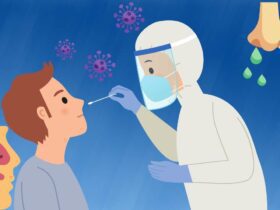 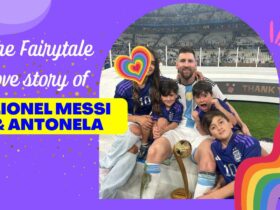